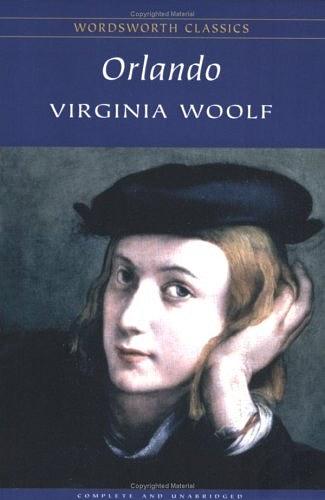 Virginia Woolf's exuberant `biography' tells the story of the cross-dressing, sex-changing Orlando who begins life as a young noble in the sixteenth century and moves through numerous historical and geographical worlds to finish as a modern woman writer in the 1920s. The book is in part a happy tribute to the `life' that her love for Vita Sackville-West had breathed into Virginia Woolf's own day-to-day existence; it is also Woolf's light-hearted and light-handed teasing out of the assumptions that lie behind the normal conventions for writing about a fictional or historical life. In this novel, Virginia Woolf plays loose and fast: Orlando uncovers a literary and sexual revolution overnight.

The old Kent Road was very crowded on Thursday, the eleventh of October 1928. People spilt off the pavement. There were women with shopping bags. Children ran out. There were sales at drapers' shops. Streets widened and narrowed. Long vistas steadily shrunk together. Here was a market. Here a funeral. Here a procession with banners upon which was written 'Ra-Un', but what else? Meat was very red. Butchers stood at the door. Women almost had their heels sliced off. Amor Vin-that was over a porch. A woman looked out of a bedroom window, profoundly, contemplative, and very still. Applejohn and Applebed, Undert-. Nothing could be seen whole or read from start to finish. What was seen begun-like two friend starting to meet each other across the street -was never seen ended. After twenty minutes...